Fun With Your Clothes On In An Ariel Atom

There are indeed many ways of having fun with your clothes on. Many things can “float your boat” from fishing, flying, skiing, opera or whatever is classed as enjoyment.

However, someone asked me the other day if the Atom was the MOST fun you could have without getting naked and I had to say:

Now I’m not lucky enough (yet) to have flown in a fast jet, driven a dragster or indeed scored the winning goal for Leeds United in an FA Cup final, but the Ariel Atom is street legal, banshee wailing, raucous, automotive pornography.

It’s all of these things and available in a truly, realistically achievable way. 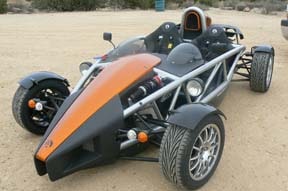 I’ve got 3,000 miles on her now. Just did a service and finally got around to replacing the clutch master cylinder. This simple act (albeit one which gave me a refreshing face full of DOT 4 fluid) has transformed her.

It’s weird how with time, you kind of put up with flaws, even though they can be a real pain. The clutch was certainly “challenging”. I never knew where it would bite, for a start. This led to some fabulously ego-smashing lurches off at some of (of course) the busiest intersections in LA.

The more serious issue was that sometimes it wouldn’t disengage. Coming up on an intersection unable to stop her driving by any other means than shutting her off is an issue that I’m sure you’ll read and say “what the hell were you thinking”? Well as I said in the last post, I had been suffering from serious tinkering burnout after having had to continuously mend countless ratty motorcycles.

I decided last Friday that the time for procrastinating would be later. As the oil was draining for an oil change I thought “let’s have at it”. In spite of the clutch fluid facial, it took about 10 minutes, bleeding was a breeze and I now have clutcho perfecto!

It’s been like driving a brand new car. Perfect bite on the clutch every time and no foibles to deal with. Needless to say, my wife is hearing a daily “I’ll just take her out for an hour or so to make sure it’s working” 🙂

Now I’m not devoting some brain cells to worrying about missed gear shifts or lurches, I’ve been much more focused on the real road craft she’s capable of. I may have mentioned before that she’s living lunacy, but the Atom truly is something that continually makes you swear, roar, sweat and adore. 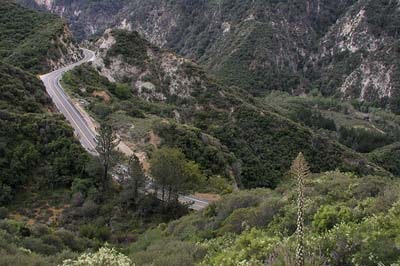 I took her out today around one of the canyons in the Angeles Forest. As mine has the Wilwood upgrade brakes, they do take a while to get effective. That shouldn’t have surprised me but it did. Once they’re heated properly and the tyres too, the cornering limits just get extraordinarily impressive. Mine hasn’t been on the track yet, but according to a fellow Atom owner, once you bed tyres and brakes in under track conditions, what you thought was impressive on the street is mediocre to what her true capabilities are. Can’t wait! I’ve booked a day at a track nearby.

There is no doubt that you have to be continuously on top of an Atom. Like a fast bike, the acceleration is something that you grow accustomed to. As I found out today, complacency with that is playing with fire. A left turn at an intersection, a one-handed “Mr Casual” turn on the steering wheel as I was nailing the throttle and somehow I managed to catch her before she span. An out and out driver’s car that MUST be driven and not toyed with. That’s why I get a buzz every time I climb in and generally why I’m sweaty when I climb out. 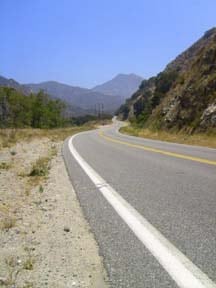 So as I was sweeping an Ariel Atom around beautiful California Canyons at sunset, not only was I thinking that I’m a long way from a rainy day in Gloucestershire, but also that the only time I’ve had that much buzz and sweat combined, I wasn’t wearing clothes.